Group Murr was founded in 1955 by Michel Murr. The Group consists in construction & real estate arms that have carried out projects worth an estimated aggregate turnover value of US$ 4 billion. Group Murr owns directly or indirectly more than 25 companies operating across three continents and a wide range of segments of the international market, including construction, real estate and resort development, engineering, aviation, media, and technology. 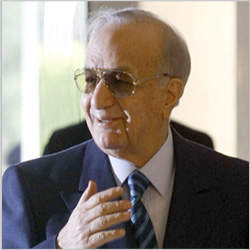 Michel Murr was born in Bteghrine in 1932. He studied at Saint Joseph University and graduated with a Polytechnic Engineering degree in 1955 from France.

H.E. Michel Murr was the president and the general manager of Liberal Bank from 1971 till 1976. 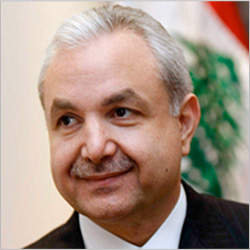 Elias Murr was born in Bteghrine in 1962. He holds a Master’s degree in Law.

He was the Minister of Interior and Municipalities from 2000 till 2004, the President of the Arab Interior Ministers Council from 2002 till 2004, the Interim Foreign Affairs Minister in 2005, the Deputy Prime Minister and Minister of National Defense in six consecutive Lebanese governments until 2011. In 2011, Murr was a member of the Lebanese National Dialogue Committee. In October 2013, Murr was appointed as the Interpol Foundation President.

Elias Murr played a major role in the execution and the implementation of the 1701 resolution of the United Nations.

In parallel with his political endeavors, Murr spent the past twenty years at the helm of "Group Murr".

Elias Murr also owns Al Joumhouria News Corporation and Al Joumhouria Pan Arab, the publisher of one of the Middle East’s leading daily newspapers founded in 1924, and of several other thematic periodicals.

Elias Murr is an honored officer of the National Cedar Legion and the holder of the Grand Cross of the Order of Spain.